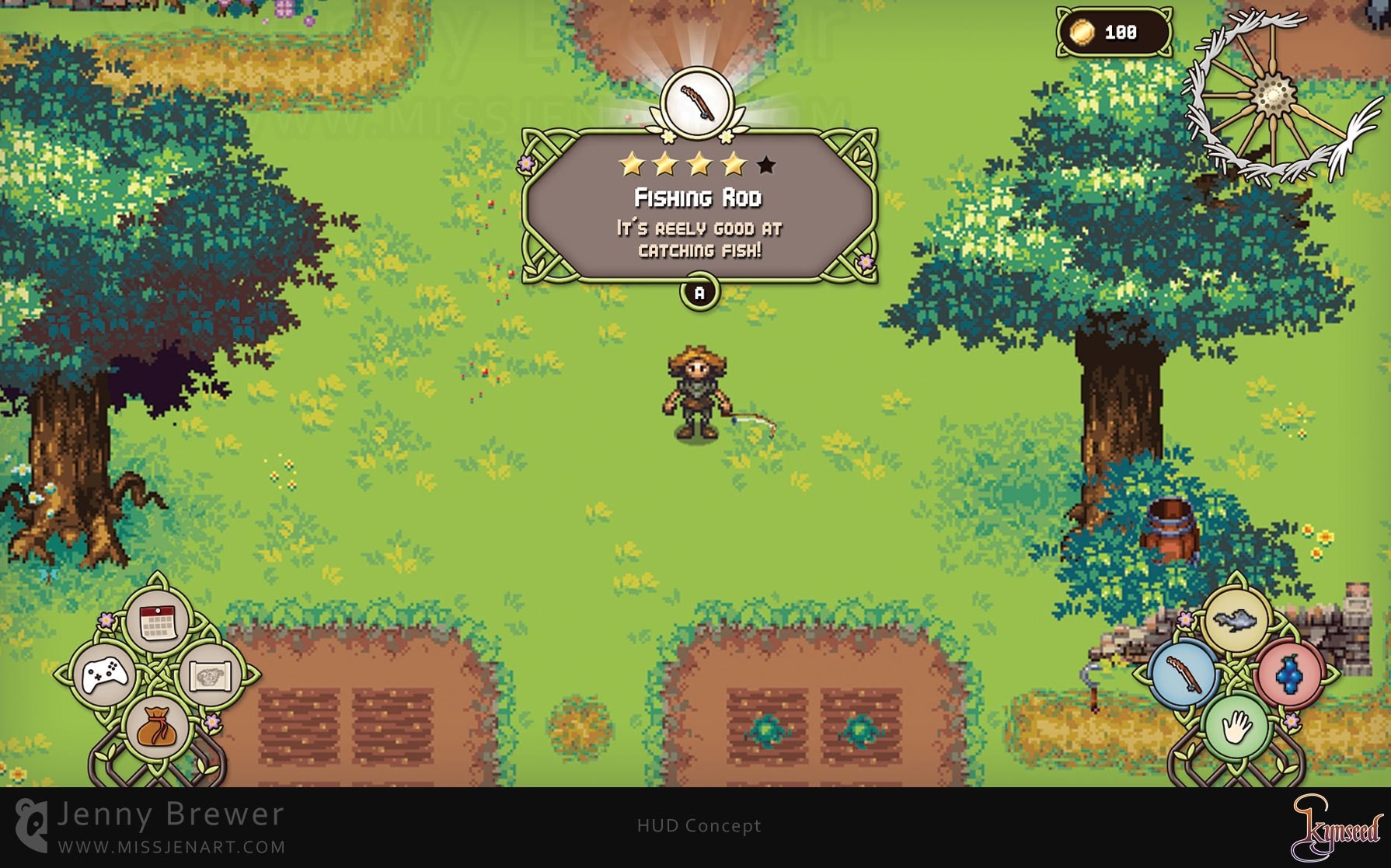 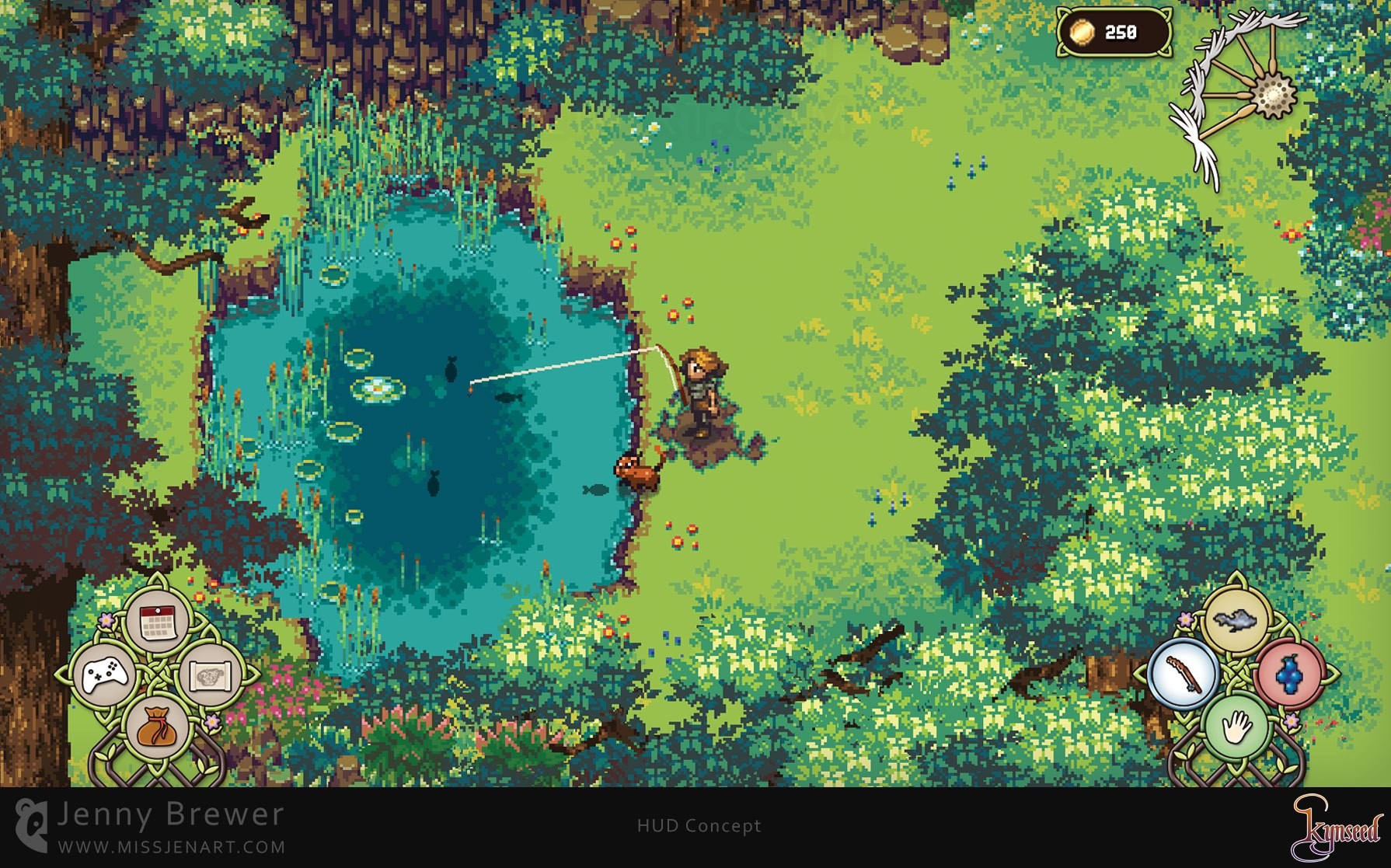 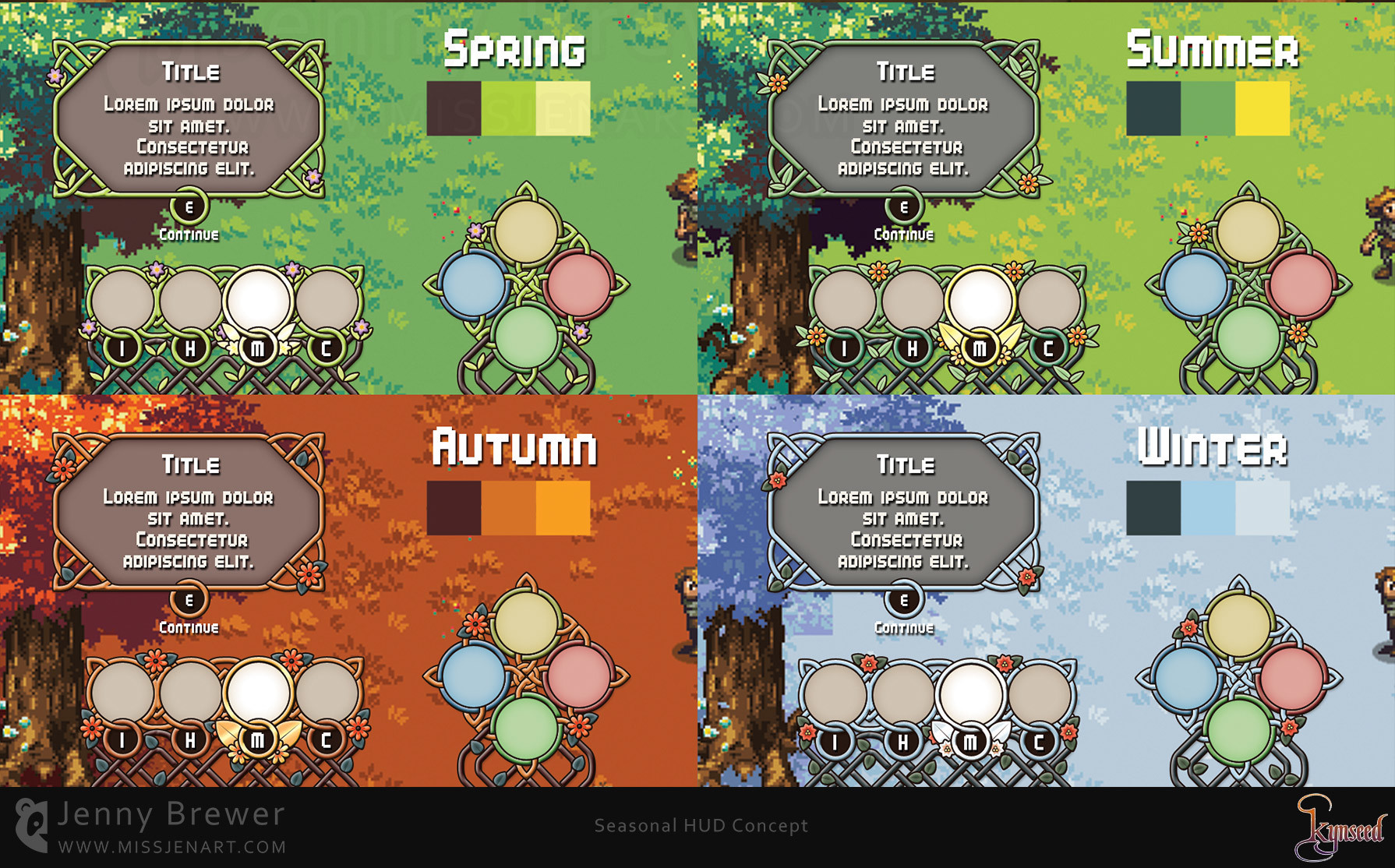 I had the privilege to work on some early UI concepts for Kynseed, a 2D sandbox RPG by PixelCount Studios.

The concepts I created explored a Celtic / Nature inspired theme to try and compliment the games design. Figuring out how Celtic patterns can be repeated and adapted to suit a user interface was a good learning project, something I have not had the opportunity to attempt before.

The layout of the HUD and design of some elements varied based on which control system was being used, gamepad or keyboard and mouse. The HUD would also allow dynamic control switching, immediately switching to the correct layout when input was detected.

I played around with the idea of having a changing UI which adapts along with the seasons in the game. Ensuring the framework and foliage details would suit each season really helped make it clear to the player. I envisioned the foliage growing, blossoming and then dying back for each season, making the passing of time feel natural and organic.