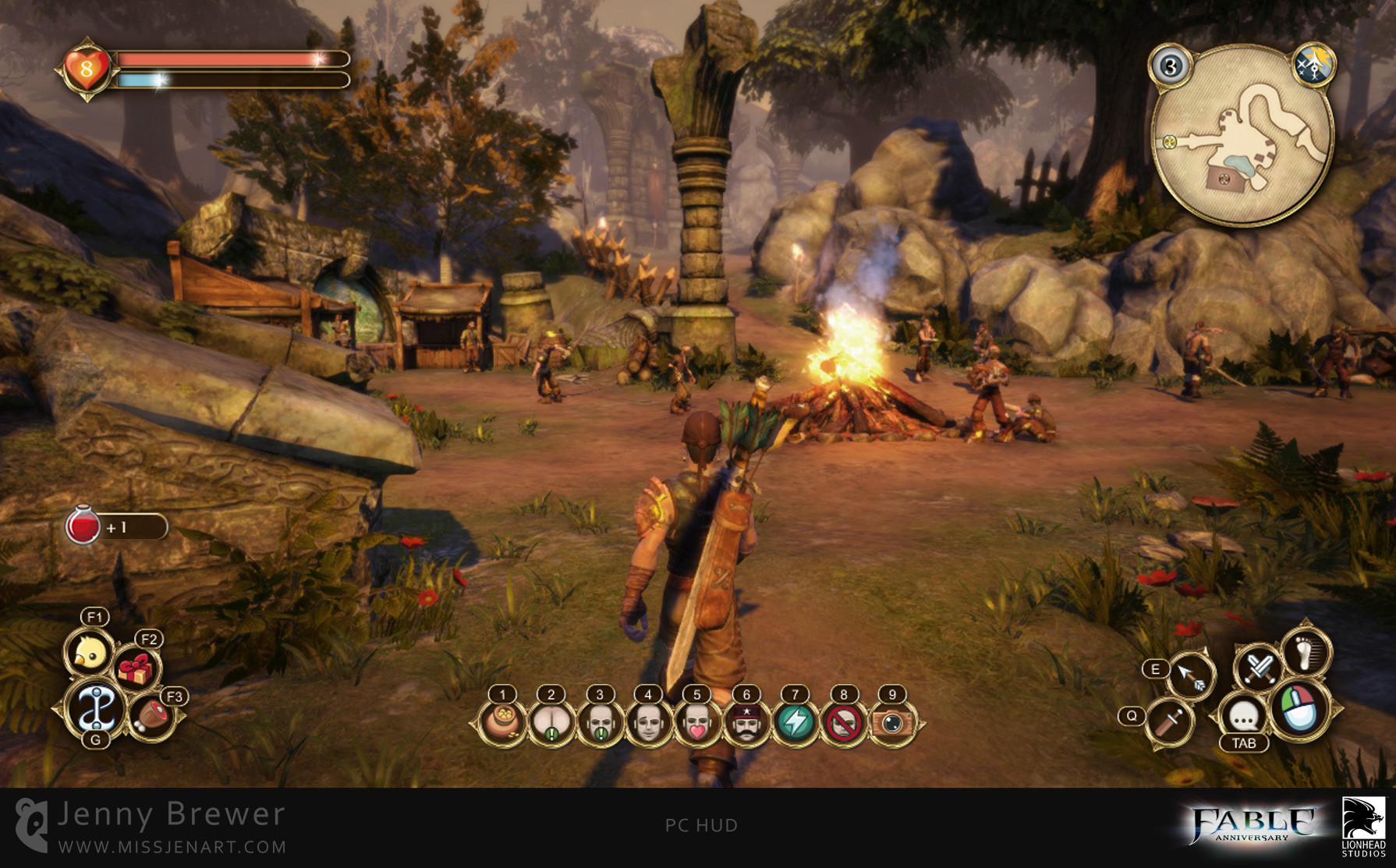 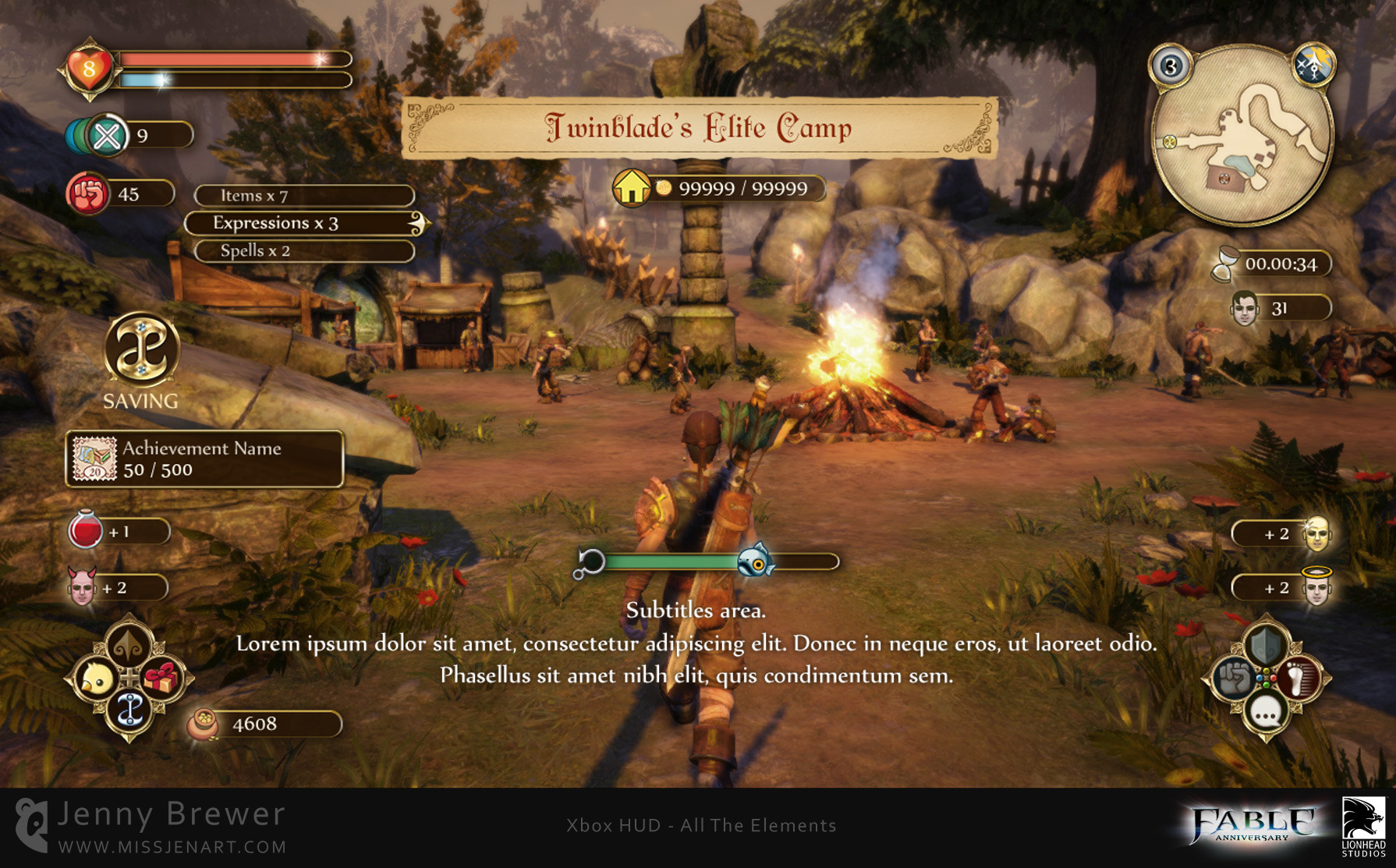 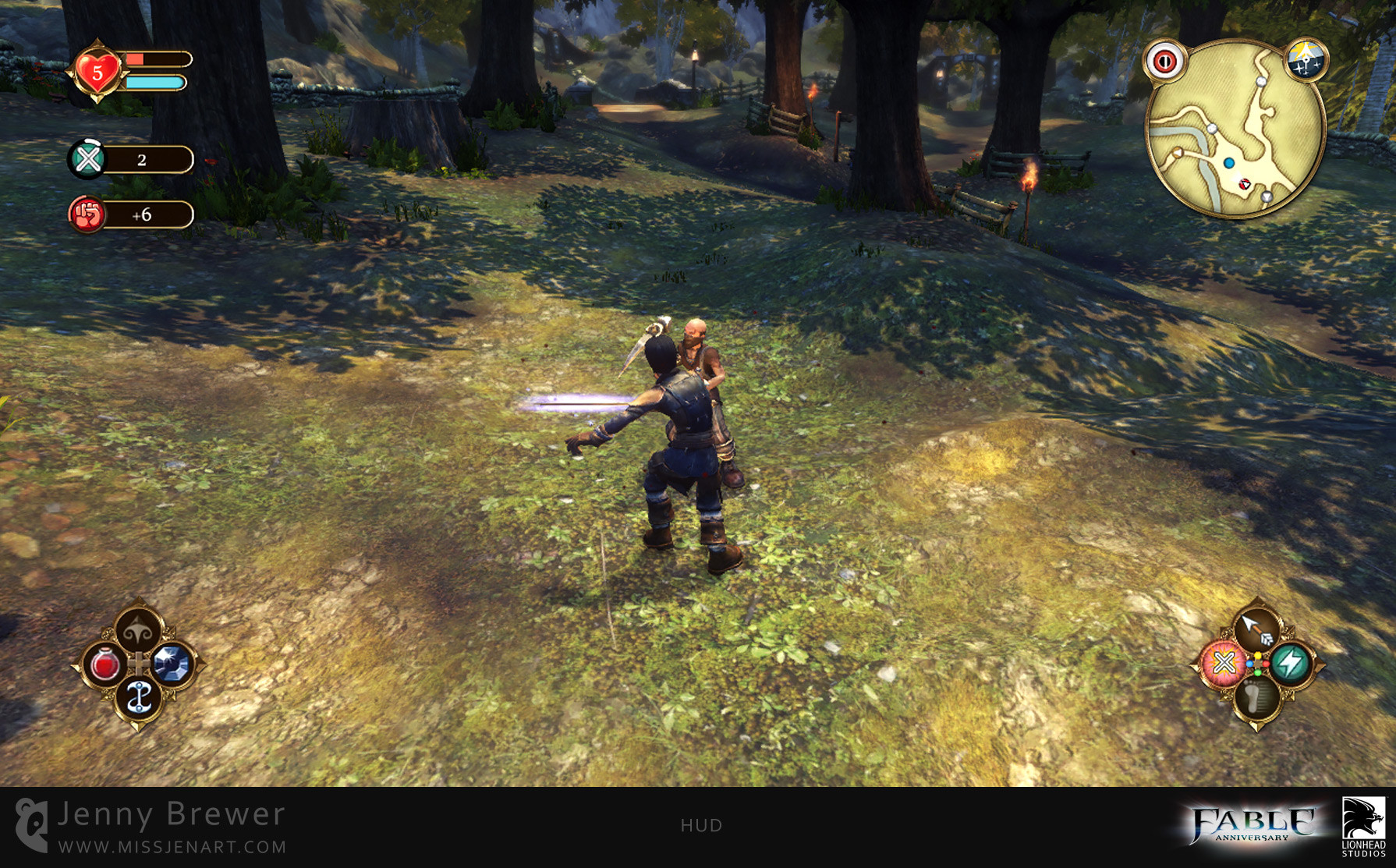 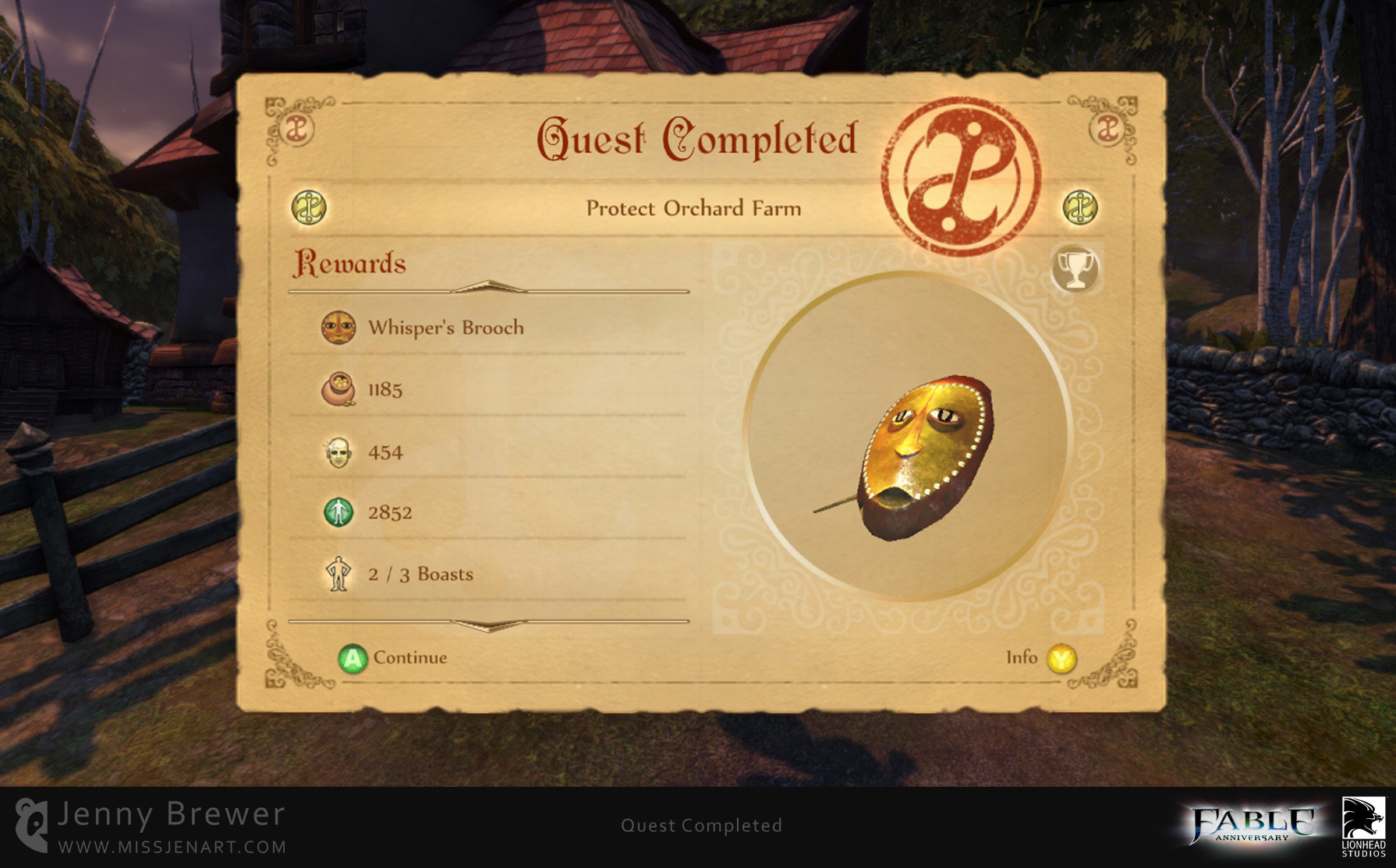 I also took the opportunity to rework the Quest screens in to something that felt more physical. I went with the idea of using a paper card that would get stamped by the Heroes Guild once a quest was completed successfully. 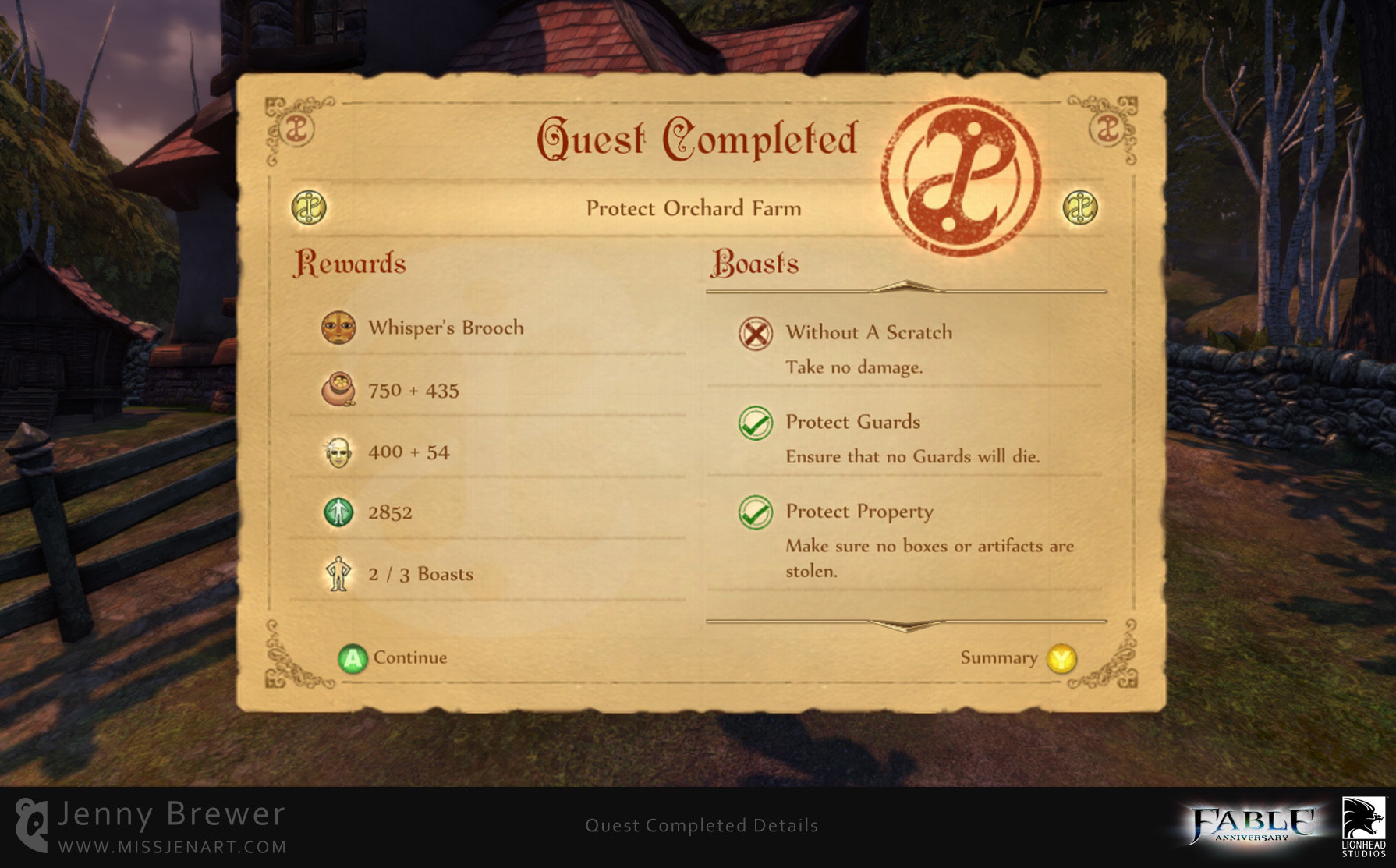 Any rewards gained are shown clearly along with the option of flipping the card over to view a more detailed breakdown.

While designing the HUD, I wanted to create something that remained familiar to players who have played the original game while still creating a fresh and refined UI. The visual treatment I decided on uses golden framed elements to help celebrate Fable Anniversary and give a bit of elegance.