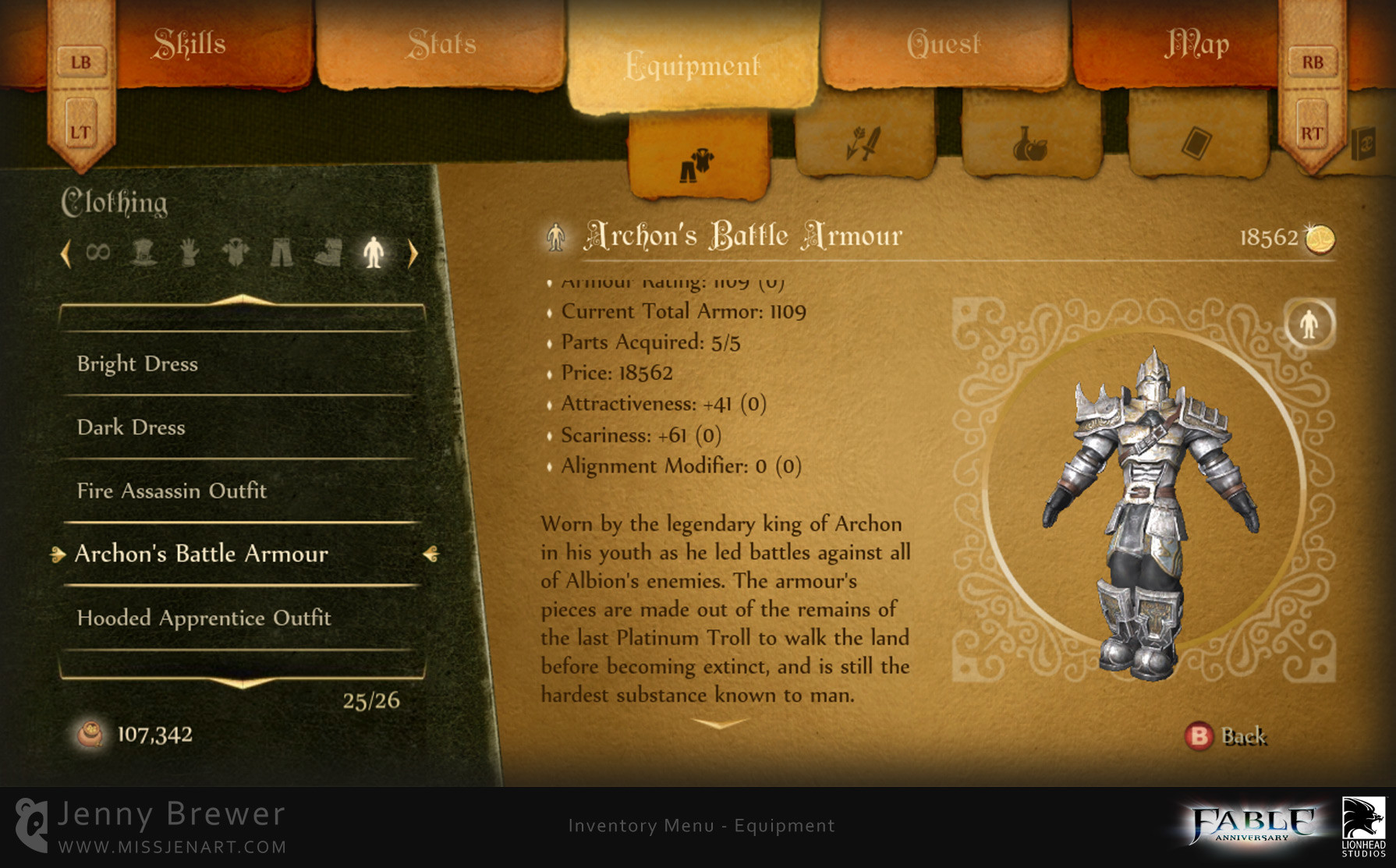 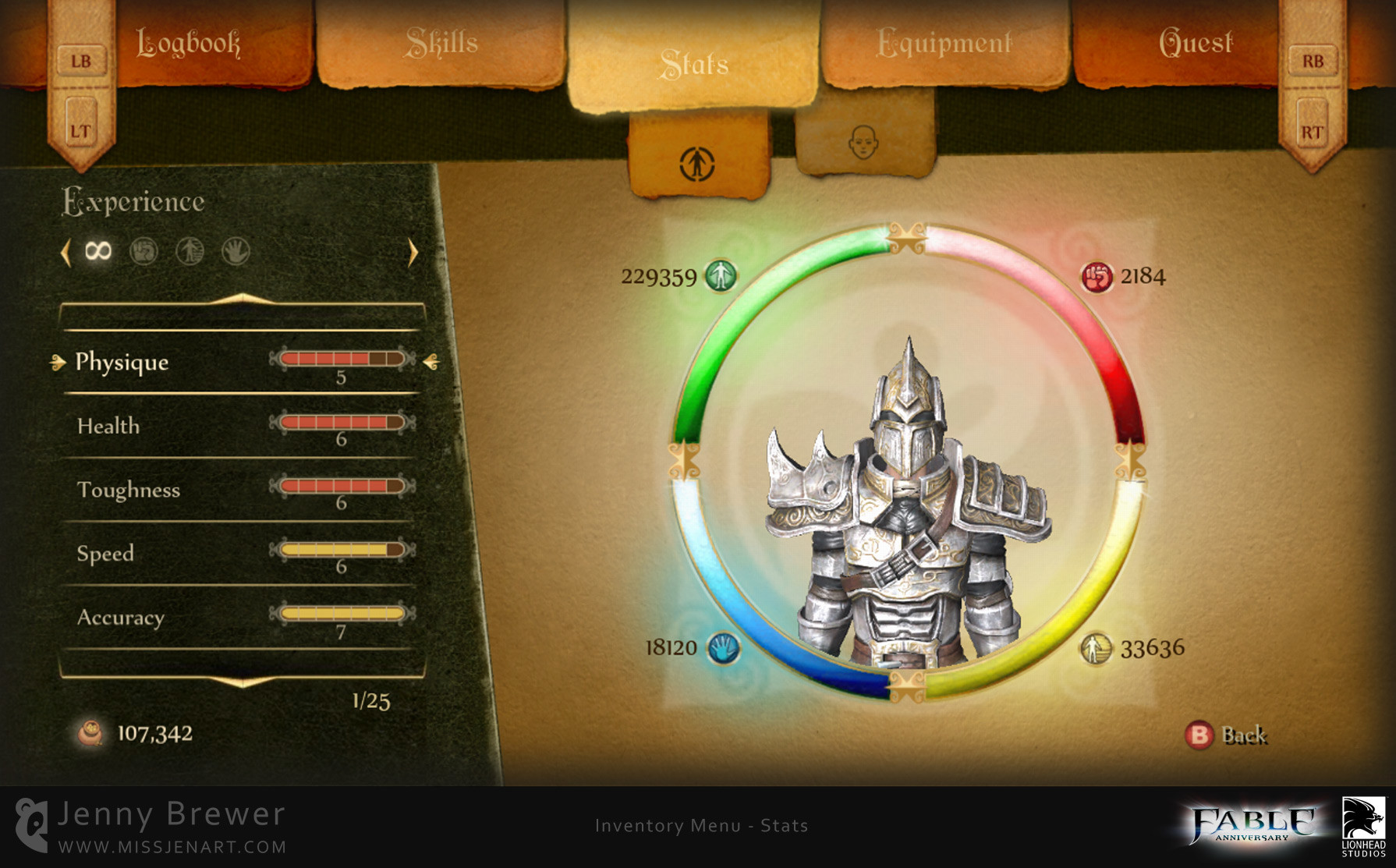 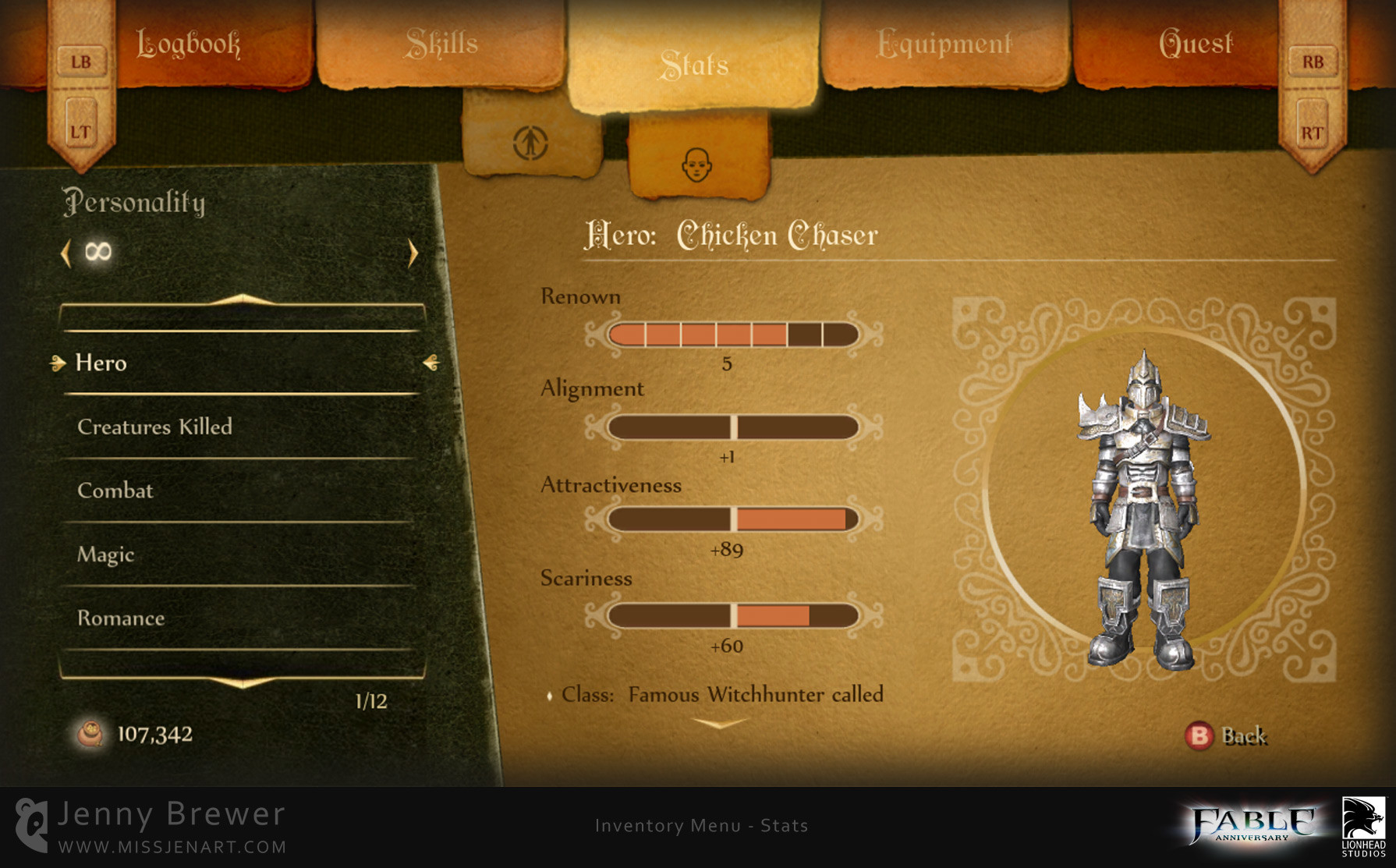 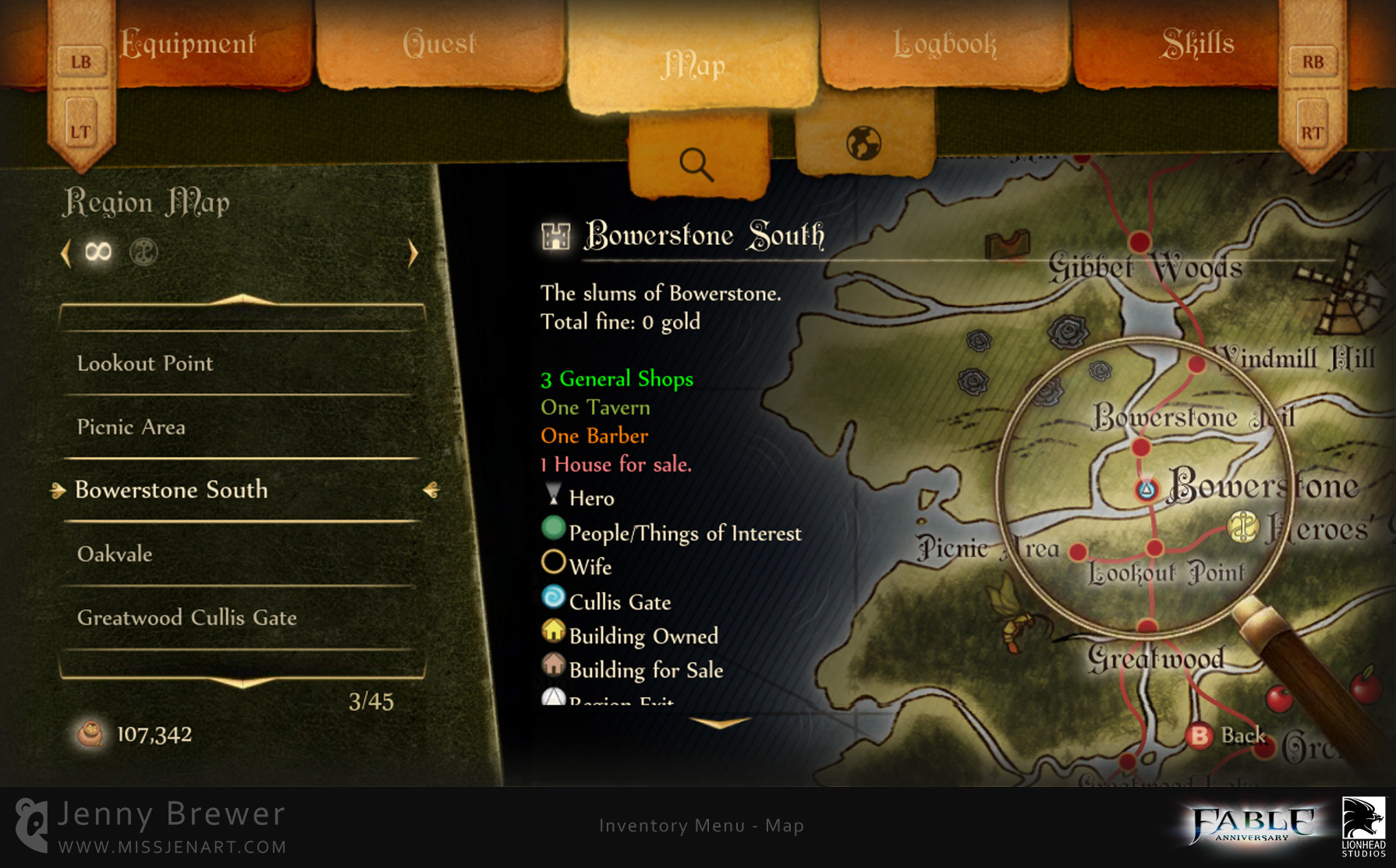 The Region Map screen now has more space to show the map and text for each location, making it easier to see region information at a glance such as which shops a town has or if any houses are for sale. 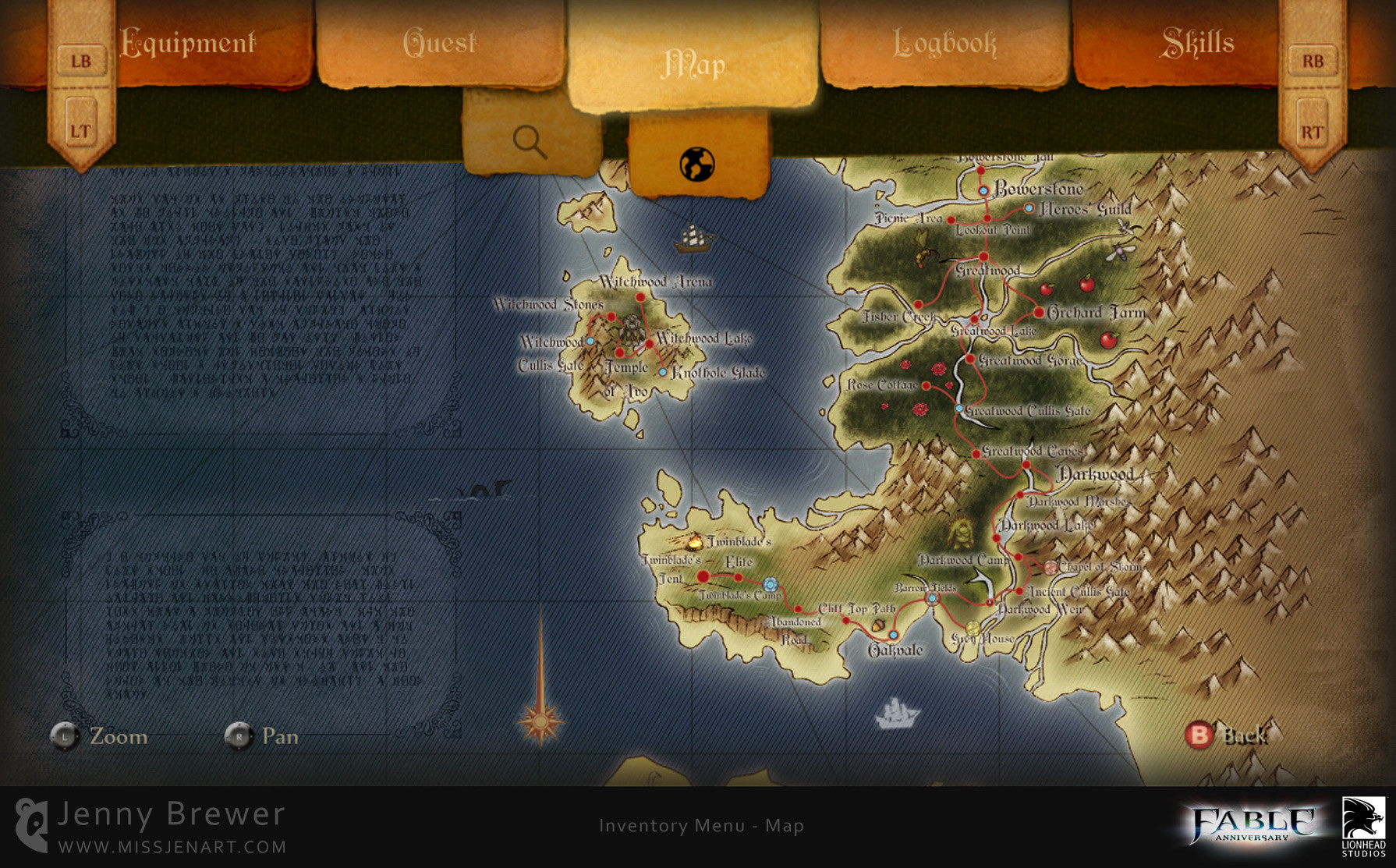 A new full screen world map view has also been added, allowing players to zoom in and pan around to explore every fine detail as well as utilising it for loading screens. It was important to me that the map should become more of a feature, animations and

The inventory screen was one of the biggest changes to the UI. The original game had many menu depths which you had to go back and forth through to find what you were after. I tried to simplify this by creating a new layout which allows for quicker navigation.

The trigger and bumper buttons of a gamepad control which menu and submenu you are viewing. The two thumb sticks and D-pad filter the content and aid in reading long item descriptions. Using this new layout players can quickly flick from choosing their equipment to reading about their current quest with minimal button presses.