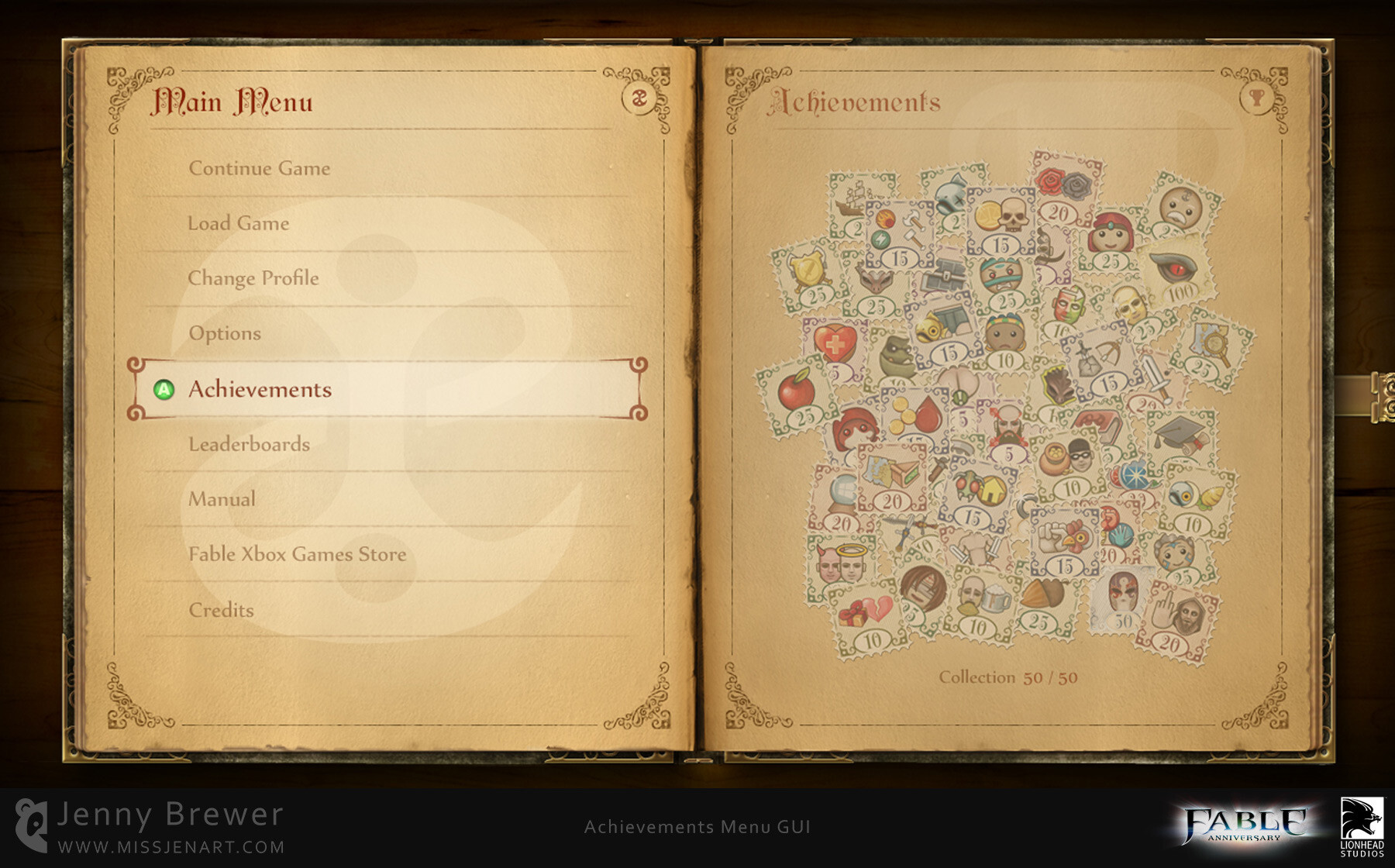 The achievements are presented as a stamp collection album within the book themed game menus. 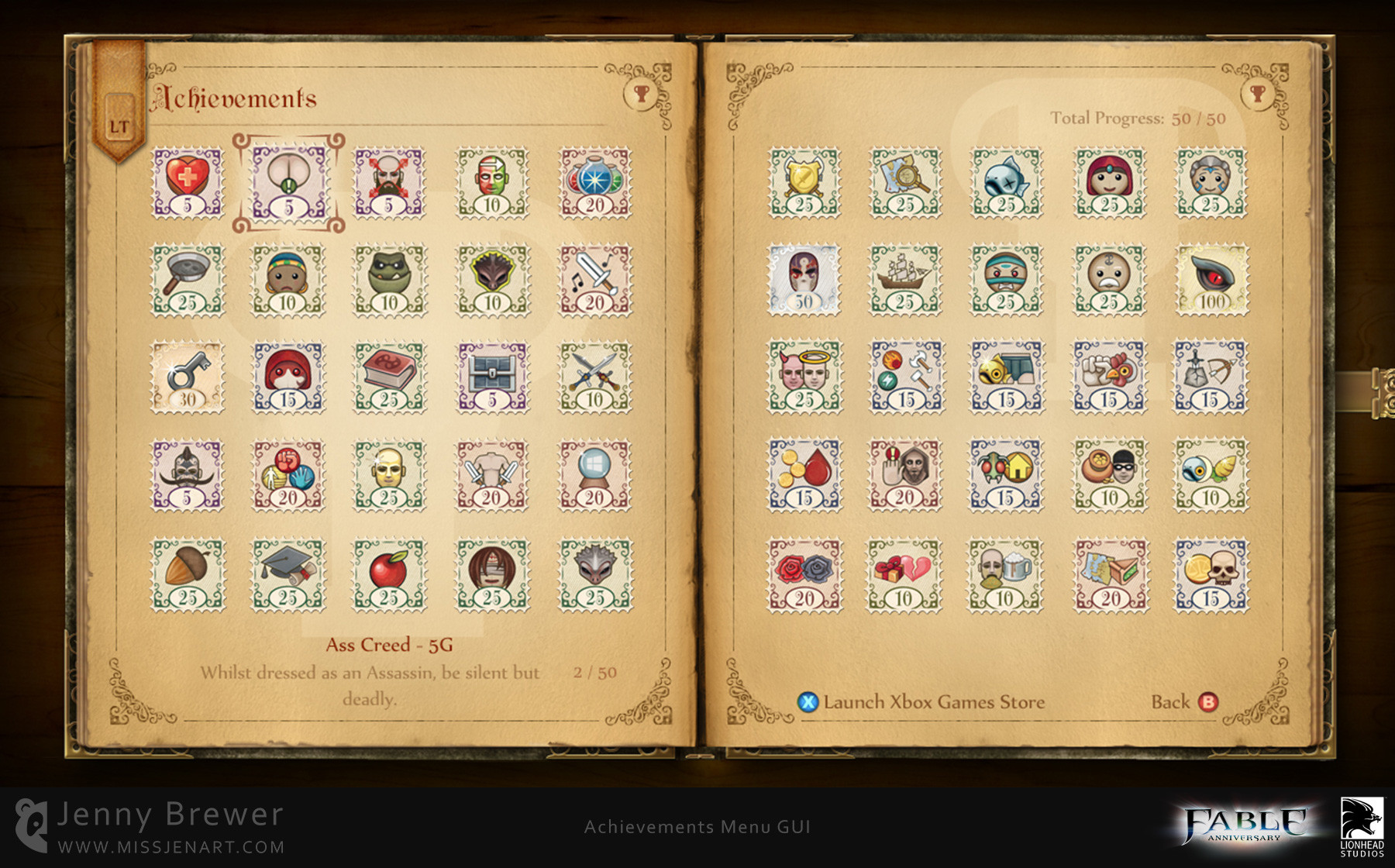 I love working on achievement icons for games! The ones for Fable Anniversary were particularly fun to work on. They follow a visual theme of postage stamps, with their value being the Xbox Gamerscore earned by completing that achievement.

There are also a number of achievements which have three possible variations of icon, which image gets unlocked is based on the choices you made while completing that achievement. For example, to unlock the achievement called What Are Ya Sellin’?, you can either make a profit from selling to a trader, or steal an item using the “Steal” expression from a trader. If you make a profit the icon with the money bag is shown, if you steal an item the icon with a thief is shown, and if you do both actions an icon with both of the images is shown.