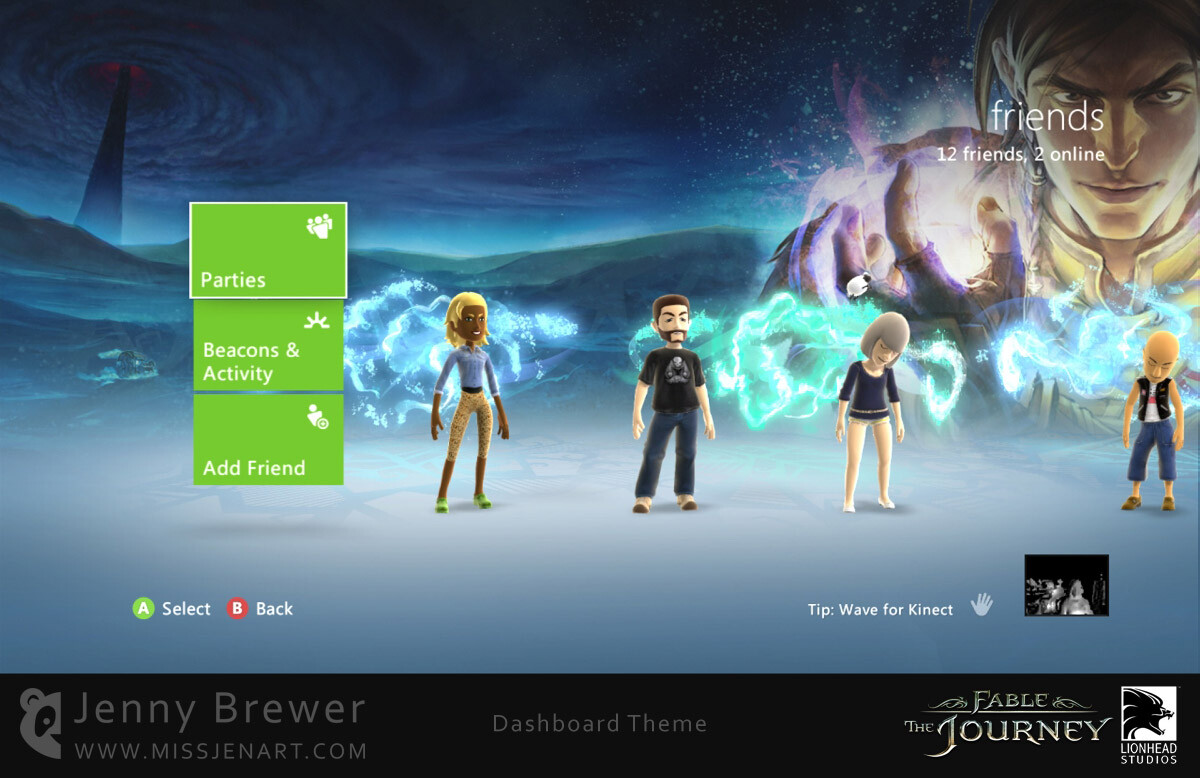 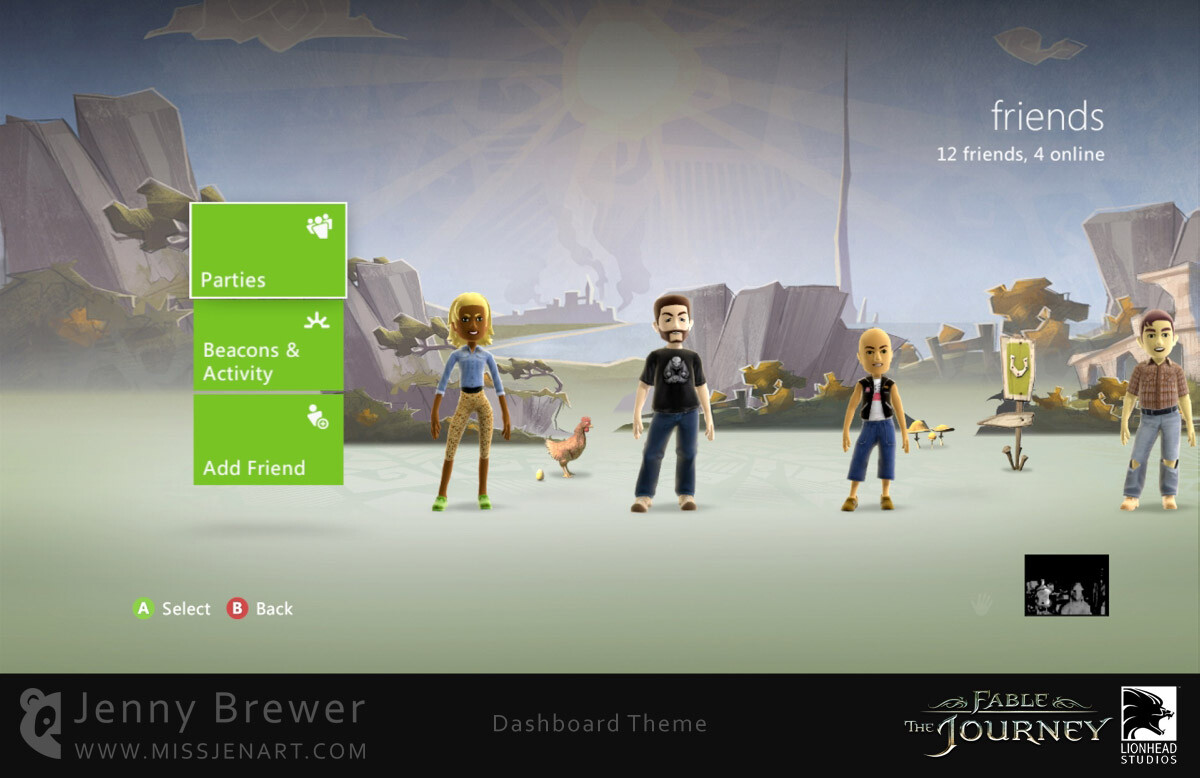 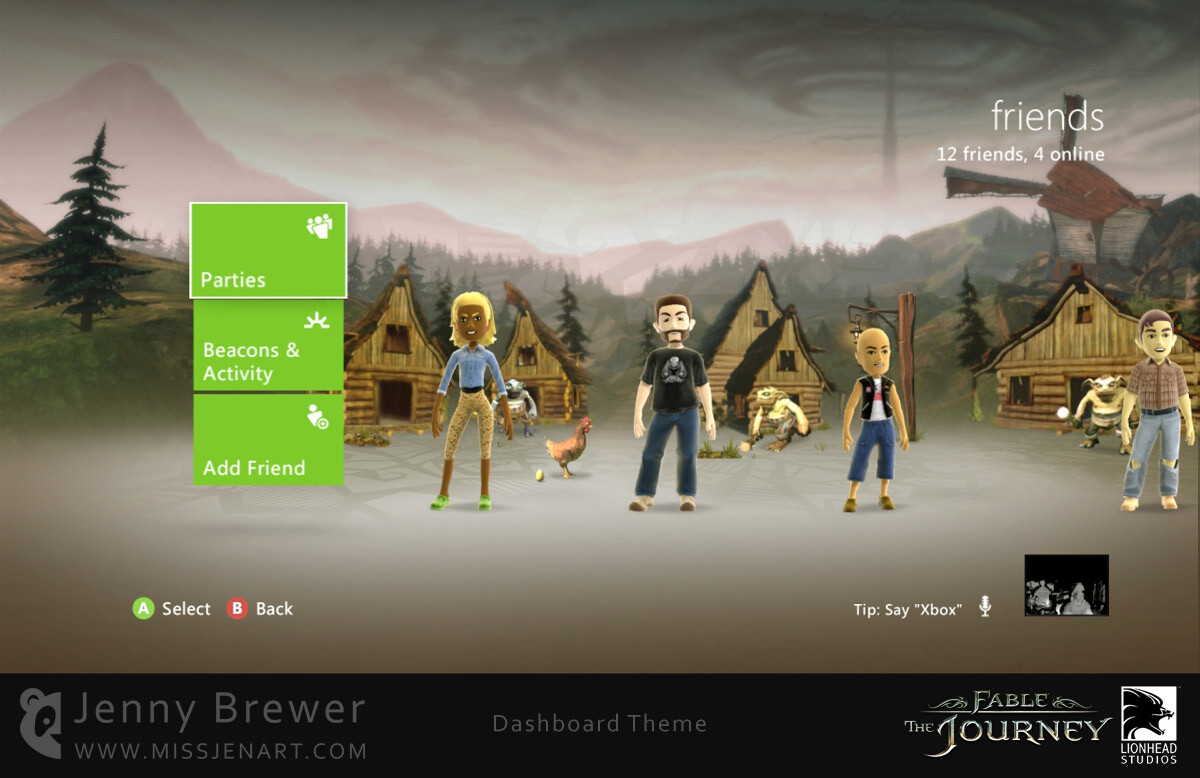 I started my career as a UI artist at Lionhead Studios working on the Fable The Journey game for Xbox 360 Kinect. One of my tasks was to create a series of Xbox dashboard themes to coincide with the games release.

This was my first time constructing a dashboard theme for the Xbox 360, they are made up of lots of different layers of assets. Creating these involved lots of planning as well as trial and error until the best placement for each asset was found. I collected the visuals from existing project material or taking my own screenshots from within the Unreal 3 Engine.