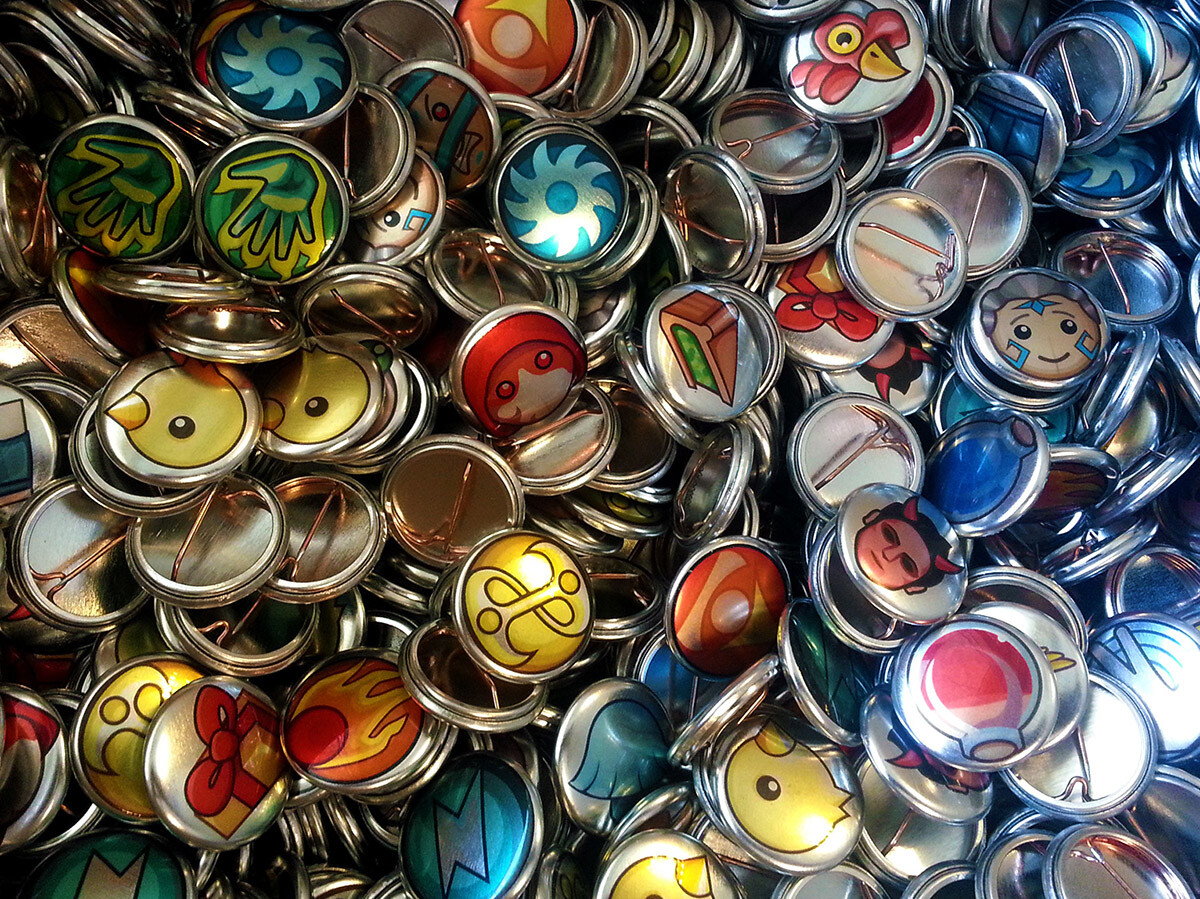 Some icons even made it as promotional badges for E3 2013!

Some extra icons were required for the PC release of the game, these chicken themed icons were used as badges on the Steam platform.

The original game used over 400 unique icons for displaying objects including items, characters and spells. I recreated all of these icons as vector shapes which allowed them to be resized quickly and easily for multiple uses throughout the project. I made a few adjustments here and there as well as creating some brand new icons to fit in with the updated UI.